INTRODUCTION
The human immunodeficiency virus can be transmitted by blood, semen or from a mother to her child in pregnancy, childbirth or breastfeeding.
HIV infection depresses a person's immune system making them susceptible to other infections.
It is known as AIDS disease (Acquired Human Immunodeficiency Syndrome) to the advanced stage of HIV infection.
Not all people with HIV end up suffering from the disease, so early detection of the infection is of great importance.

AUTOTEST HIV MYLAN
The HIV Mylan Autotest is a test to detect the virus that causes AIDS with a reliability of almost 100% if it is done at least 3 months after the possible infection.
To perform the test this requires a sample of 1 drop of blood extracted from the fingertip.
The test takes 5 minutes and the result is obtained after 15 minutes.
Carefully read all instructions for use included in the HIV Mylan Autotest before performing the test.

WHO SHOULD PERFORM THE TEST?
Health authorities recommend that the entire population be tested for HIV at least once in their lives.
It is especially recommended to perform the test to those people who:
- Have had sexual intercourse with vaginal, anal or oral penetration without a condom with a person with HIV or who is not known to be a carrier of the virus.
- Have shared sharp objects that have been in contact with infected blood: needles, syringes, piercings, etc.
- Have had a sexually transmitted infection, hepatitis or tuberculosis.
- Who wants to stop using condoms even if they have a stable partner.

WINDOW PERIOD
The infected person develops antibodies detectable in the test between 2 and 8 weeks after infection.
At 3 months after infection almost all people have already generated the detectable antibodies.
It is called the Window Period, between the time a person is infected and the time when the antibodies generated by that person are sufficient to be detected by the test.
For this reason it is possible that if the test is performed before 3 months have passed since the possible infection and a negative result is obtained, this result is due to the fact that the person has not generated enough antibodies to be detected. In this case it would be advisable to repeat the test once the 3 months have elapsed. 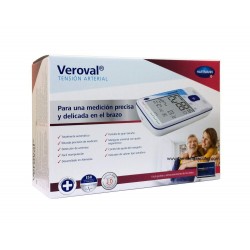